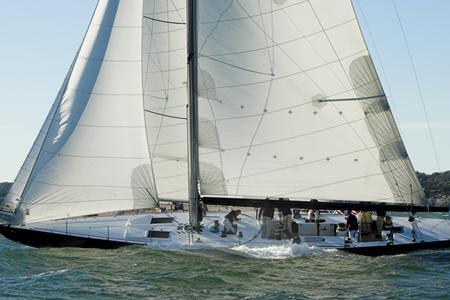 The event has been hosted by two Greenwich yacht clubs, the yacht club Riverside and Indian Harbor, and Yacht Club American in Rye, N.Y. The boats that will take part in the competition will be in the size range starting from 12-foot dinghies to bespoke 42-foot yachts. The racing will continue for two days and all the dinghies and yachts will vie for class honors.

According to the weather forecast on Saturday, the day of the event will witness on and off rain. The winds in the mid-morning will start with 10 miles per hour and will build to 16 mph by late afternoon. On the other hand, the forecast for Sunday says, the sailors will enjoy the clear skies for the whole day and the winds of nearly 10 mph.

To start the race, three starting points have been created by the organizers as the fleet size is too large to start the race from one spot. The spots will be determined according to the kind of boat. The Indian Harbor will have smaller sailboats one-design in Greenwich Harbor, inside the Island Beach and Great Captain’s Island. The other spot of race committee of Riverside Yacht Club will have mostly the larger boats, which will race under the rating system of PHRF. It is nearly one mile southeast of the Greenwich Point. The third spot American Yacht Club will have one-design boats of large size, such as J70, Shields and Etchells on the Greenwich side of the Larchmont, New York.